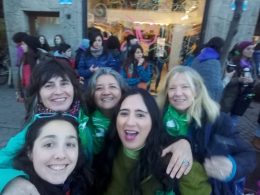 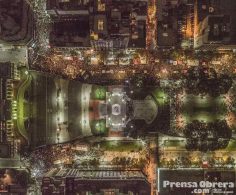 Argentina’s current abortion law puts women’s health and lives in danger and denies us our essential reproductive rights, allowing legal abortion only in cases of rape or risk to a woman’s health or life. And often even in these cases, doctors or judges refuse to allow women a safe abortion. As the PHM we are fully aware of and have condemned this situation as a serious public health problem, based on estimations that show that over a half of a million Argentinians are exposed to unsafe abortion. And, we have expressed our solidarity with cases of patients and professionals imprisoned due to this “illegality”.

Yesterday we lost a historical opportunity to pass legislation making abortion legal in the first 14 weeks of pregnancy because too many of “our” lawmakers ignored the mobilization over recent months in support of this law, basing their votes on “their own” beliefs and hypocrisy, not on the will of the people, nor on the need to stop avoidable deaths caused by illegal and clandestine abortions. In addition, once again, the Catholic church (which sympathized with Argentina’s 1976-83 military dictatorship) which likes to portray itself as non-partisan, continues to speak out against policies it opposes. In the case of the abortion law, they mobilized all the power at their disposal, putting pressure on lawmakers and the media and using their parishes to mobilise large numbers of believers to defend the so called “two lives” cause, disseminating unscientific and dishonest arguments.

Despite all these factors, although we lost in the Senate (38 to 31, after winning in Congress), we know that this was a qualitative step forward in the struggle to create consciousness amongst millions of youngsters not only for them to understand the need to protect women’s lives but also to affirm the fundamental right of women and girls to make their own decisions about their lives and their bodies.

As members of PHM Argentina we have been part of the struggle to make abortion safe and legal for millions of women in our country because we are women and activists for the right to health and because this is our fight. Individually, we were part of last Tuesday’s demonstration and those before, to raise awareness and lobby politicians in recent months in the context of the public debate. Due to the magnitude of this “Green Movement” we have discussed and decided to join as PHM the National Campaign for Legal, Safe and Free Abortion, and incorporate our organization into the Women’s Parliament composed of 50 civil society groups. We are planning to make a presentation to call for participation at the PHA4 in Bangladesh

We have also won solidarity from all over the world which makes us stronger.

It didn’t happen yesterday. It will happen tomorrow.