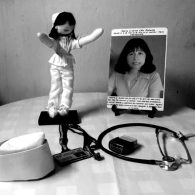 For the last six decades, Colombia has been under internal armed conflict resulting in more than 9 million victims, with violence across 95% of municipalities(1). More than five guerrillas, paramilitary groups and regular government forces have been involved in this conflict. Between 1985 and 2018, more than 450,000 people were killed in the crossfire and millions were ‘’ displaced, and widespread human rights violations (2). In 2016 the Colombian government and the FARC guerrillas signed a peace agreement to end the conflict, but the implementation of peace agreements has brought new challenges for the country, violence has not stopped and changed its dynamics, Human Rights defenders and peace signatories are still under attack. In 2022 the Colombian Truth Commission registered in its final report that more than 2,500  attacks on health workers and health infrastructure occurred between 1997 and 2019 (3).

Maria Cristina Cobo Mahecha (born March 16, 1975) was a survivor, a nurse, and a daughter. During her childhood, Maria suffered ‘’ a significant accident in which she survived with several injuries and severe burns to her body. This experience had inspired her to pursue a nursing degree to help people. Maria received her nursing degree from the Universidad del Llano-Meta (University of Llano-Meta), in Colombia. During her first year, Maria worked in social services, designing health promotion and prevention programs to address the high rates of teen pregnancy in Calamar, a town in Guaviare Colombia and creating programs to help the older farming population.

After her studies, she continued to work with the local hospital in Calamar, even while she began postgraduate studies in Bogota. She would travel between cities from Bogota to Calamar every weekend. While Maria was not an activist or member of any political party, her commitment and humanitarian work had won the affection of the local population in Calamar. She was described as a dedicated student, the highest scoring student in her class (4). Maria Cristina never said no when a sick person asked for help, she would ride her horse even to faraway places to find medicine and assist any person in need.

As a woman working in the public sector, Maria Cristina Cobo Mahecha faced discrimination for her gender, and after her accident that left her with serious injuries, she was also a victim of harassment for her appearance. It got to the point where it affected her work and her colleagues, in one instance a member of the Public Forces ordered an ambulance she was working in to be stopped from reaching the hospital to question her, impeding the patient to get access to healthcare. The harassment had escalated and she was even red-tagged by paramilitary groups and falsely accused of being a member of the FARC-EP (a communist guerilla group).

On 19 April 2004, Maria Cristina Cobo Mahecha was kidnapped, forcibly disappeared and presumed to have been murdered by the paramilitary group that kidnapped her. Upon her disappearance, they continued to falsely paint her as a collaborator with the FARC-EP to silence the voices that called out for justice.

Eventually two members of right-wing paramilitary forces from the “Frente Héroes Del Llano Guaviare, of Bloque Centauros” were charged for the crime (4). However, to this day, no one has been convicted for her disappearance, though she is presumed to be dead, Maria Cristina’s  body has not been found.

Maria Cristina Cobo Mahecha was one of the only health workers working in Calamar, Guaviare, a rural area of extreme conflict and which had lost all access to health services. Many health workers are fleeing rural areas and are refusing to work in Calamar due to the violence and since the death of Maria, many health workers have remained silent in fear of persecution by the paramilitary groups.

Since Maria Cristina’s disappearance and the decline of health services in Calamar the health rates in rural areas has had a steep decline and bad outcomes:

-Additionally, Guaviare has ranked second as the province with the most attacks to medical teams (2).

The People’s Health Movement is planning: