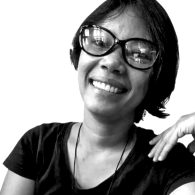 Zara Alvarez (March 25, 1981) was a human rights leader and defender, a health activist, and the former education director of the human rights alliance Karapatan [i], well known for her steadfast commitment to supporting the struggles of farmers, agricultural workers, and other marginalized sectors in her home province of Negros. Besides being a human rights defender, Zara was also active in promoting the people’s right to health working as a research and advocacy officer for the Negros Island Health Integrated Program (NIHIP). The purpose of the NIHIP is to try and fill the gap in the delivery of basic health services and organize the people to take the decisions and responsibility for their own health care. Zara was also a board member of our partner Council for Health and Development (CHD), a national umbrella of community-based health programmes, where she defended the right to health of the Filipino people.

Video interview with Zara Alvarez a couple of months before her death: https://www.vivasalud.be/en/interview-avec-zara-alvarez-activiste-philiippine-de-la-sante-et-des-droits-humains/

Much like Dr. Mary Rose Sancelon, Zara was red-tagged1 and falsely slandered as a terrorist, making her a target of death threats. However, despite all this, Zara still continued to promote the right to health and defend human rights. In August 2020, Zara was gunned down by unknown assailants. She was the thirteenth member of her organization to be killed, the ninetieth victim of extrajudicial killings starting at the beginning of 2016, since President Rodrigo Duterte came into power.

Zara’s death drew international condemnation of the worsening human rights situation under Duterte. But their outcry fell on deaf ears as killings, enforced disappearances, red tagging, and death threats against human rights defenders continued unabated in Negros and other parts of the Philippines. Under the guise of counterterrorism and anti-insurgency campaigns, state security forces have carried out a brutal crackdown on human rights defenders and organizations.

More than two years after her death, justice has been elusive for Zara even as the Philippine National Police claimed that it created a special investigation task force to investigate Zara’s case. The Commission on Human Rights, upon the human rights group, Karapatan’s petition, carried out an investigation, but could not file a case because there were no witnesses.

3. How did the murder of Zara Alvarez impact the right to health in Negros/The Philippines?

The government has already failed to provide basic social services to their communities and organizations such as the Negros Island Health Integrated Program (NIHIP) have tried their best to fill in the gaps with programs to help and hold the government accountable for their negligence.

Red-tagging has left an alarming decrease in health workers and human rights activists, and Zara’s death has only created a constant fear in her colleagues at the Negros Island Health Integrated Program (NIHIP). Even before Zara’s death, NIHIP’s health campaigns among peasant and urban poor communities in Negros had been interrupted due to relentless harassment and vilification by state security forces accusing the organization of having links with the communist rebels. In 2020, for instance, Zara received a text message from an unknown source harassing her after she had distributed rice to impoverished members of a community during one of the COVID-19 enforced lockdowns. [vii]

These attacks have started to take a serious toll on human rights defenders and health workers as well as the members of people’s organizations and communities, especially in light of Zara’s death. Many of her colleagues at the NIHIP were forced to give up their work and lie low for fear that they would become the next target. NIHIP’s precarious situation has even more devastating impacts on the communities it has been serving. Most of these communities are among the poorest and most vulnerable communities in Negros that are now bearing the brunt of the impacts of the COVID-19 pandemic. Zara’s death not only impacted the decrease in NIHIP’s programs but also the local communities as well. One local fisherman lives in constant fear for himself and his family as he had worked closely with Zara to help her find information and evidence of military abuse.

He is quoted stating“some people are telling me to shut up because they say that those who are fighting for human rights always end up in prison or dead… I want to continue what I have been doing but I am also thinking of my children. They are very young. What would happen to them if I died?”

The death of Zara Alvarez helps illustrate how their deaths have deprived the poor and marginalized communities in Negros of much-needed medical and health services and brought a severe blow to the people’s struggle for the right to health. The works that Dr. Sancelan and Zara Alvarez carried out are fundamental for the promotion of the people’s right to health; therefore, any acts of violence against health care providers constitute human rights violations against the population they serve.

4. The campaign for justice for Zara Alvarez – for the protection of health workers in The Philippines

The Zara Alvarez-case, together with the case of Dr. Mary Rose Sancelan (-> add link to webpage) are emblematic of the extreme forms of intimidation and repression health workers and – activists are facing in the Philippines until today. The campaigns focus, in the first place, on justice for both assassinations as nobody was held accountable for the murders. It is, in that sense, also a campaign for the protection of health workers in The Philippines. The goals of campaign are:

1. Reach out to us so we can keep you posted on future actions and plans

2. Join the task force working on this case! Write to [email protected]

The Philippine health system is chronically ill as most of its population has limited to no access to quality health care services. The national budget for health has remained inadequate to strengthen the country’s weak public health system. Only fifty percent of Filipinos have access to a rural health center within a thirty minute travel period with only thirteen percent of healthcare providers located in rural areas.[ii] Over a third of Filipinos continue to die unattended by medical professionals.[iii] Poverty in the Philippines are forever linked with poor health. The current political and economic structure have caused and sustained poverty and inequality as the number of people living in poverty rose to almost 20 million or 18.1 percent of the population from 16.7 percent in 2018. [iv] The Philippines have ranked among the top ten highest number of stunted children in the world, as the rate of malnourished children have remained unchanged in the past thirty years. [v] and [vi]

The island of Negros has a long history of violence stemming from long-festering issues of poverty, landlessness, the decrease in concentration of land, injustice, and government neglect. Farmers have long fought for land rights through land reform and direct actions of land occupation and cultivation. Their struggle, however, has always been met by violence and repression perpetrated by state security forces.

Many healthcare providers have stepped up and spoken out about the miserable state of the current public health system, calling out the government’s neglect and failure to protect its people and their right to health. Health workers have promoted health campaigns and advocacies, lobbied with state authorities, and built networks and alliances to influence policy development towards one that strengthens public health, promotes people’s right to health, and addresses the social determinants of health. There are health professionals who have joined the Community-based Health Programs (CBHP), which primarily serve the rural and urban poor communities in the country. CBHPs have taken on the struggle for the right to health, community empowerment, and social care recognizing that the health condition of any community is determined by the economic and social conditions of its people. Aside from training community health workers and looking after the health of the community, these health professionals have become part of the people’s struggles and aspirations for a better life.

Unfortunately, health workers, who are on the frontline of the struggle for the right to health, have found themselves in the crosshairs of state repression. In the Philippines, there is an increasing spate of violence against progressive doctors and health workers resulting in several deaths. Many of them are confronting different forms of harassment, such as red-tagging, filing of trumped-up charges, vilification, illegal arrests, and detention. As the country suffers from an acute shortage of health workers, the violence inflicted on the health workers will result in further deprivation of medical and health services to the people. In the 2020 pandemic, it highlighted the preexisting violence against progressive healthcare workers, while the government had tried to use the impact of the pandemic to justify gross violations of human rights and stifling voices.

As of December 2021, at least 427 human rights defenders and health workers have been killed, including Dr. Mary Rose Sancelan and Zara Alvarez who both dedicated their lives to serving the poor and marginalized communities on the island of Negros and empowering them to fight for their right to health. The people of Negros have witnessed violence inflicted on rights defenders, including health workers, farmers, church people, lawyers, teachers, and even government officials.

[vi] Undernutrition in the Philippines (worldbank.org)